Dolly and her sister Dixie are the newest females to our kennels. They are taller and leaner than our other dogs, and still have that beautiful white color. Dolly brings some energy to our kennel and loves to play with the other dogs. 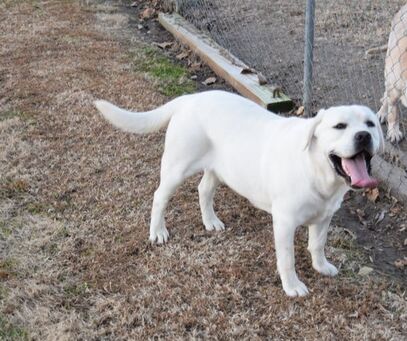 Tucker is the son of Esker's White Diamond Kennel's own Bella and Cooper. He has his parents' beautiful white coats and short, stocky bodies. He is a very sweet dog and loves to play fetch. He also doesn't like to get too far away from the other dogs. He is around 75 pounds and features that all white coat with dark features on the face. 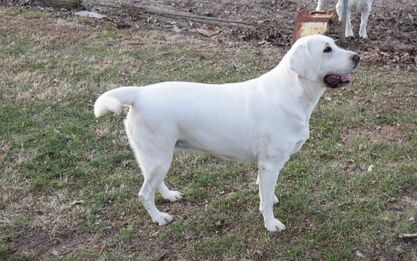 Dixie is a beautiful dog with the softest white fur. She has a little bit taller, leaner build than our males. She is more laid back and has the sweetest personality. She loves to play fetch and be around people. 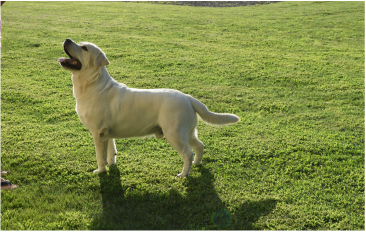 
Cooper, our handsome male, is very broad with a large, blocky head. He has a black mouth and nose and weighs around 80 pounds. There is nothing Cooper loves more than playing ball, although the girls give him a run for his money when playing fetch.
Proudly powered by Weebly